Browse our latest study cases and answers to your questions!

The Caribbean Sea is home to over 700 islands, reefs, and islets. In it all, St. Maarten undoubtedly stands as one of the top places in the region. With its offerings such as multiculturalism, a wide array of beaches, and exotic cuisine, it has become one of the most visited Caribbean countries in recent years.

So if you’re planning to visit this small country, chances are you’ll eventually want to move to St. Maarten. Here are seven wonders of St. Maarten that you didn’t know about.

St. Maarten and Saint Martin are two halves of the island jointly owned by the Dutch and the French. The south half, St. Maarten, is an independent territory of the Netherlands, whereas France owns the northern half.

Ever since the treaty of Concordia in 1648, the Dutch and French have kept open borders in St. Maarten, thus making it the oldest open border in the world. Tourists may notice border monuments on both sides of the island but can freely move from one part to the other.

Capital with a Beach

Phillipsburg is the capital of St. Maarten, it was founded by a Scottish captain employed in the Dutch navy named John Philips in 1763, and it has its own beach! 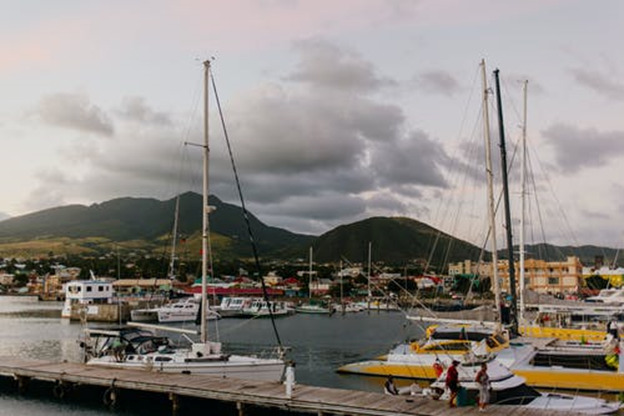 Beach with an Airport

If you live in St. Maarten, you’ll often notice a plane landing or taking off right over you at the beach. The Princess Juliana International Airport has its runway alongside the beach; hence beachgoers in St. Maarten are often pictured with low-flying aircrafts on the beach. Again, this is the only place in the world where this happens.

According to St. Maarten’s government, the country hosts over a hundred different nationalities and cultures in a population of less than a hundred thousand. This makes St. Maarten one of the smallest yet richest multicultural populations in the world. Due to this reason, you can enjoy a huge range of cuisines in the country.

Due to its unique geographic location and strong ties to the European and North American countries, St. Maarten is the hub of sea transport and home to many cargo companies. The exports and imports of some of the world’s biggest manufacturers are carried out from here.

If you want to enjoy life to the fullest in a country that’s vibrant, ethnically rich, and offers great opportunities, immigrate to St. Maarten with our immigration consultancy services at BrightPath Caribbean. Get in touch today to get started and acquire St. Maarten’s residency permit in no time.

Disclaimer: Our articles are not intended as (legal) advice and do not take your personal circumstances into consideration. BrightPath does not accept any liability for damages resulting from using the provided information. We highly recommend you to seek personalized advice from us or before you act or fail to act because of the content of our articles. BrightPath is a privately-owned consulting firm that assists clients with filing applications for residence permits and/or business licenses at the relevant government departments. None of our directors, employees or agents hold or have held any position with the government of Sint Maarten and our service does not provide for any preferential treatment with regards to any application. All information provided and statements made only serve to provide you with a general understanding of immigration, residence and business incorporation procedures on Sint Maarten.

Ready for a Consultation?

No comments to show.